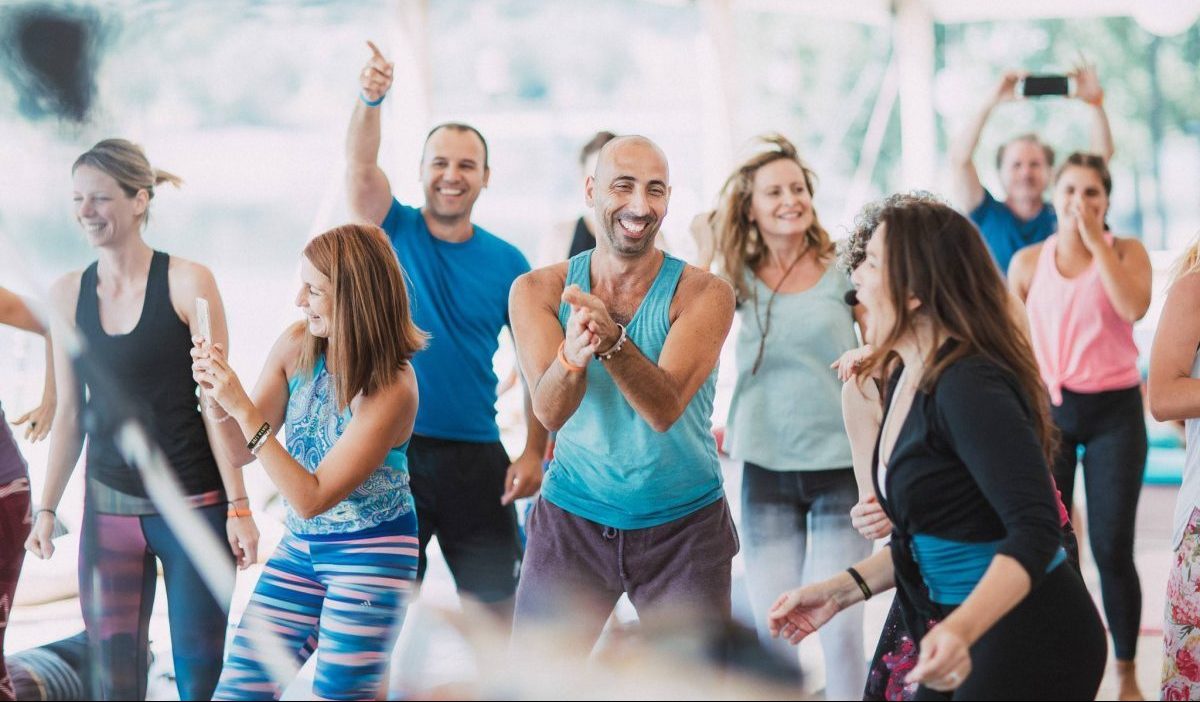 Years ago, one particular Yoga student decided to break down the walls of the studio where he was healing and transforming and build an online Yoga platform – Udaya. After a few years later, he took it to the next level and created Udaya Live, one of the
most beautiful and complete Yoga festival and retreat experiences I have attended.

Udaya Live takes place yearly, in Bulgaria, and gathers over 600 students and teachers from all over the world. As this was our second year attending, we wanted to chat with the founder, Yariv Lerner, as we were wanted to know what drove him to
create this amazing event.

Thank you, Yariv! Please share with me: How did Udaya Live come to be?

Every year we were filming content for Udaya platform and gathering all of these amazing teachers from around the world in Bulgaria, where the studio was. We even had some of the students coming to support their teachers, so we figured – it’s such a festive environment, we should make a festival. So, in the 5th year of filming, we brought everyone for the first Udaya Live event. Now people from all over the world are joining.

What would you say Udaya Festival is all about?

Community, finding family, connection… that is what Yoga means, to connect. Udaya means Sunrise, new beginnings.
What makes our festival unique is the quality of the musicians. These musicians have been playing together for many years. It’s very easy for them to come together and create a beautiful experience. And they’re very familiar with our teachers.

What does Udaya Live mean to you personally?

It means a lot, but first of all it means community. It’s a celebration of Yoga. It’s about an effort to change the world. When people come together, they can do a lot more than one individual.

Are you connected to Yoga in any particular way?

I started practicing when I was 18. Around 35 I had some serious knee trouble and was told I had to have surgery. To prepare for that, the doctor said I should stretch. So, I did yoga every day and, when I was 36… and was about to go into surgery, the doctor said I actually didn’t need it anymore. I had healed.

That is amazing! Yoga has really worked for you.

If you want to know if Yoga is really working in your life, take a look at your relationships. The relationships in my life got better. I became a lot more non-reactive. You go into Yoga poses and they’re challenging, and you’re taught to breathe. So then, in life when situations are challenging, you remember to breathe. Instead of things escalating, you’re less reactive and your relationships become more healing and get better. For example, someone says something to you and you have this whole conversation in your mind, that never really happened, and then when you see that person you already have an opinion about them because of this imaginary conversation. Sometimes we grab onto a thought and it goes way deeper, then it becomes an emotion. Then you think it’s your reality. Yoga teaches you to go beyond that.

This makes me think that all of us have this capacity to create something big we when go through transformation. You made a decision. Now you’re creating a small universe here that’s actually changing the world.

I remember the actual decision. The moment I made the decision to build an online program. I was in a class in Santa Monica and we were in crescent pose. The teacher said something like “be the warrior in your own life.” While doing the pose, I felt very exalted. Then I thought: “What if the walls of this studio were gone? What if the whole world practiced yoga? Wouldn’t that be a better world to live in?  What if I could take this teacher into the world through the internet?” Now Udaya has over 2100 classes, and over 90 teachers from all over the world.Alongside the physical practice we also encourage people to take up the psychological programs.

So much content and it’s really financially accessible. 18$/month, sometimes you pay that much for one class. It’s so valuable to practice at home, it seems there are many people who are intimidated by going into an actual studio as well.

I read somewhere that 60% of Yoga injuries happen in the studio environment, because of the pressure. The teacher says “listen to your body,” but people look around and think, “that person can do this pose, why shouldn’t I?” Teachers sometimes demonstrate variations, and then a student might try to impress the teacher, and push themselves beyond the limit, to an injury. That’s actually the best Yoga teacher you will ever have, an injury. You learn that it’s not about being flexible. Flexible and strong is something you become. It’s about strengthening and evolving.

Amazing! What can you tell us about the evolution of the festival throughout the years in terms of numbers of participants, in terms of the vibe…?

It tends to grow 50% yearly. Next year we’re holding it in a different hotel because this year we almost exceeded capacity of our current hotel. For me, it’s the nicest to see people coming back year after year. It’s like a reunion, and then they bring a friend, and then that friend brings a friend. This year we had 600 attendees.

Thank you, Yariv. We are already looking forward to next year!
Learn more about Udaya Live at udayalive.com.

After working for 9 years as a communication specialist for education in Romania (ex: Teach for Romania), I now dedicate fully to helping people heal and thrive. I am a a five times certified Theta Healing practitioner and a Yoga teacher trained in India, in the Himalayas, at Sattva Yoga Academy, certified by Yoga Alliance (200h). My sessions bring ancient techniques in a way any practitioner can relate to. I worked with hundreds of people from all walks of life, internationally, with noticeable declared changes, in the USA, India and Europe.

The one reason healing should be a personal and global priority

A journey into social entrepreneurship and yoga